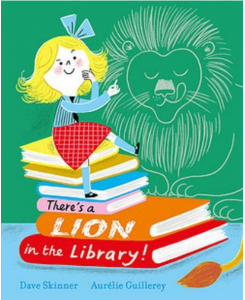 With her little dimples and tiny button nose, Lucy Lupin looks utterly adorable. However if you take a peek below the surface, Lucy isn’t quite what she seems. She’s actually pretty mean and she loves to tell big juicy lies!

One Monday morning she goes to the library and tells the biggest lie she can think of. She walks right up to the Librarian and tells her there’s a lion in the history section, eating a book about the Ancient Egyptians. The Librarian takes one look at cute little Lucy and presumes she must be telling the truth. The library is evacuated and the police are called but there’s no sign of a lion anywhere. Everyone is perplexed, except little Lucy who finds the whole thing hilarious.

In fact, she enjoys the lie so much that she goes back and repeats it again and again. On Tuesday she informs the Caretaker that there’s a lion in the romance section, and on Wednesday she tells the Coffee Shop Manager there’s a lion in the geography section. Soon the adults at the library cotton on to the fact that adorable little Lucy isn’t actually adorable at all. 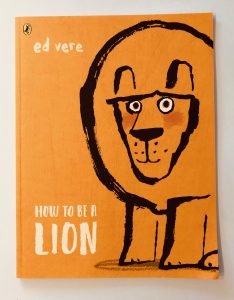 Everyone knows what lions are like. They’re big and fierce and they love to chomp on any animals which come their way. Right? Well what if that that’s not the case? What if that’s just a stereotype and all lions are individuals, just like people?

Meet Leonard. Leonard is a lion and he’s not fierce at all (except when he’s protecting his friends). He likes poetry, thinking important thoughts and having long intelligent conversations with his pal, Marianne the duck.

When Leonard and Marianne chance upon a pack of other lions they are mocked and ridiculed. These lions thinks that Leonard is no lion at all. Real lions would have eaten the duck and they certainly wouldn’t sit around watching shooting stars and talking about the universe. 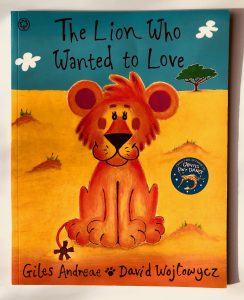 Leo is not like other lions. He doesn’t feel compelled to hunt other animals, he just wants to cuddle them and shower them with love. As he is a little unusual and isn’t bringing any food to the pride, he is forced to leave his family and go it alone.

Will his loving approach help or hinder him as the little lion tries to survive on the plains alone?

This is such a sweet book with a lovely message about the importance of kindness.

As a shy person with more than a pinch of anxiety, this is the book I wish I had read as a child and I hope it inspires Ivy in the future.

The story is about a tiny little mouse who is often overlooked because of his quiet little voice. He looks up to the mighty lion who lives nearby and wishes he could be big and brave like him.

One day he realises that in order to be who he wants to be he needs to find his courage, so he sets off to find the lion so he can ask him to teach him to roar.

But the meeting doesn’t quite go to plan. Could it be possible that the mighty lion is scared of mice?

We adore this one, and I’m not ashamed to say that the first time I read it to Ivy I cried at the end. Beautiful!