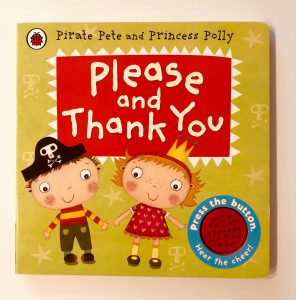 I’ve recently bought a number of Pirate Pete and Princess Polly books as I find them really effective. Each book in the series introduces your child to a change in their daily life which they may experience as a toddler – and may push back against because it’s unfamiliar and therefore potentially frightening.

The series covers many things including potty training, moving to a big girl/boy bed, going to nursery and becoming a big brother/sister.

This particular book is about manners and it has really encouraged Ivy to say please and thank you more often. 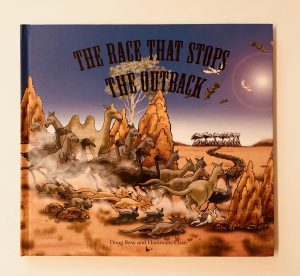 This lovely book was a Christmas present from an old friend and made its way to us here in the UK all the way from Australia!

Rusty is a small kangaroo who loves to race and his ultimate goal is to take part in the biggest competition of all – The Race That Stops The Outback. However when he tells the other kangaroos his plan they all laugh and tell him he”s not tough enough to do it because he’s too small.

Determined to prove them wrong, he turns to his friends for help and they suggest that he try something a little different. All of the kangaroos will be hopping but if he could learn to run then maybe he could move twice as fast! It’ll be tough but Rusty is up for the challenge.

I bought this book online on a whim purely because I fell in love with the artwork on the front. I had no idea what it was about or whether it was any good but fortunately when it arrived the contents lived up to the cover!

The book is an alphabet of feelings, with each double page dedicated to one letter/emotion and a corresponding image. The range of emotions covered is really wide and the beautiful illustrations and colours give a fantastic sense of how each one feels.

From Adored and Brilliant to Yucky and Zzzz (via Jealous, Patient and Warm) this gorgeous book is a fantastic way to start discussing emotions and feelings with your child. 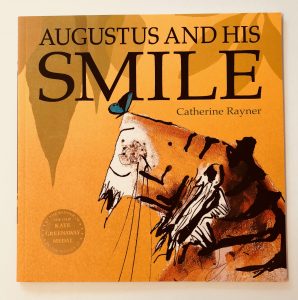 Poor Augustus the tiger is sad. He’s lost his smile and he can’t find it anywhere!

Determined to find it, he sets off on a quest which takes him to the top of the tallest trees, the bottom of the deepest oceans and the peaks of the highest mountains. Will he find his smile at the end of his journey, or is it just possible that it has been with him all along?

Ivy loves tigers and the beautiful illustrations (by the author, Catherine Rayner) in this book mean she pulls it down from our shelf to be read again and again. The pictures are simple but you can really feel every emotion that the tiger feels.

The story is  a lovely exploration of the wonder of nature which ultimately shows that it’s the simple things in life which makes us happy. 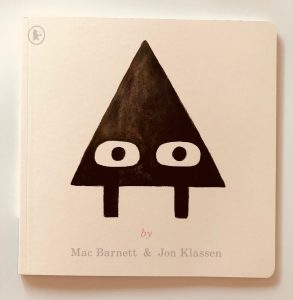 We knew that we had to buy this book when we spotted that Jon Klassen was the illustrator as he is one of our all-time favourites. This collaboration with Mac Barnett has weird and wonderful illustrations and a very funny little story.

Triangle is a mischievous little guy and one day he leaves his little triangular house and heads out to play a trick on his friend Square. When he arrives he hides outside Square’s house and hisses like a snake. Square is scared of snakes so he panics but then spots his friend Triangle who cannot stop giggling at the trick he has played.

Square chases Triangle all the way home, but once they’re there sneaky Square manages to have the last laugh (or does he?).

We love this quirky little book and it looks great on our shelf too! 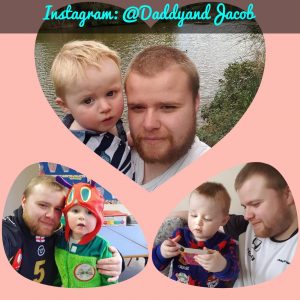 Hello, my name’s Dave. I’m a hard-working single dad from Nottingham. What do I do for a living? Well I’m a reptile & aquatic specialist for a pet company. Animals and nature are one of my biggest passions and I hope to pass this on to my children. Currently I only have one child, Jacob, who is 2 years old (3 in a few months). Honestly, he’s my world and really does complete me. We do everything together.

Jacob’s favourite book has always been “The Very Hungry Caterpillar” by Eric Carle. He’s always enjoyed animals, so it had to be an animal book! Learning about real caterpillars turning into beautiful butterflies with his daddy made him love the book even more. He even recently dressed up as the hungry caterpillar for world book day! 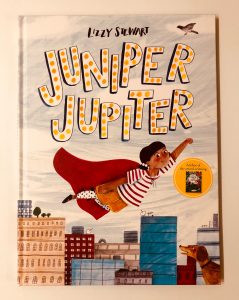 Juniper Jupiter is a superhero. She’s kind, brave, smart, sneaky and speedy – she can even fly! She doesn’t think it’s a big deal though – it’s just who she is. She’s just an ordinary little superhero who lives with her family and her dog, Peanut.

Being a superhero can be fun but it can also be lonely so she decides to advertise for a sidekick so she will have someone to share her adventures with. She sets up some auditions but no one is quite right for the role.

Then just as she’s about to give up she spots the perfect candidate. Is it possible that her sidekick has been by her side all along?

We love this beautifully illustrated story about every day superheroes and the power of friendship. 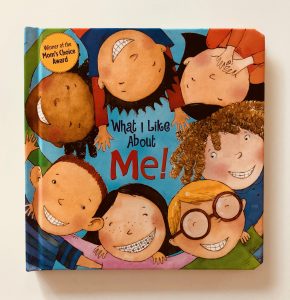 We love this award-winning little board book which celebrates the fact that every child is different.

Each page focuses on a difference which could be perceived as a flaw in the playground (kids can be cruel!). It takes that point of difference and turns it on its head, showing your child to see the positives rather than the negatives.

Whether you’re short or tall, have crazy eyebrows or out-of-control hair, or wear glasses or braces, the smiling faces on these pages show that being a little bit different is what makes you special. 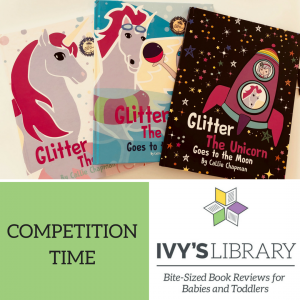 We have another fantastic competition for you!

Last week we shared a review of a lovely book called ‘Glitter The Unicorn Goes To The Moon’ by Callie Chapman – who is just 7 years old! If you missed the review you can read it here.

We have a set of 3 Glitter the Unicorn Books to give away to one lucky winner, all of which have been signed by Callie herself: 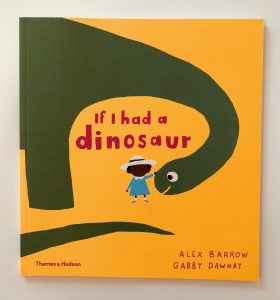 Ivy loves dinosaurs so I always get excited when I see a dino book we haven’t read yet.

This particular book was inspired by the discovery of the bones of  a massive Titanosaur in Argentina in 2014. It’s believed to be the largest dinosaur to have ever lived. What would he have been like as a pet?

The little girl in the story would really, really like a pet dinosaur. She imagines how much fun it would be to take him for a walk in the park or even take him to school!

She sensibly thinks of all the things the dinosaur will need – like food, a dino-flap to get in and out of her house and also somewhere to sleep. She decides that a dinosaur would definitely be the best pet she could ever have.

Cleverly though, the gorgeous illustrations tell a slightly different story. We see squashed cars, giant poops and it’s apparent that the dinosaur is far too large to fit anywhere comfortably!

A fantastic book for dinosaur lovers, but also a useful tool for explaining to your child why a particular pet might not be right for them.