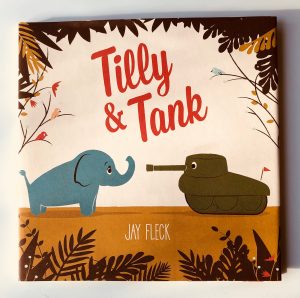 A tank isn’t an obvious choice for a character in a children’s book and before reading this I have to admit I was sceptical. However Tilly & Tank carries a lovely message about friendship and since we received it a few days ago it has become a firm favourite.

Tilly is a blue elephant who one day spots a little green tank which looks just like her. She approaches it hoping to make friends. Tank is on duty, minding his own business, when he sees what he thinks is a little blue tank coming towards him. He presumes it is an enemy.

Their confusion causes problems but can they look beyond their differences and become friends? #makepeacenotwar

Biff isn’t like other dogs. He doesn’t like playing fetch and he doesn’t do dog stuff like scratch himself or drink from the loo. Instead he dreams of becoming a ballerina!

He follows his owner to her ballet classes and watches intently – but whenever he tries to dance everyone says ‘dogs don’t do ballet!’.

For her birthday, his owner receives tickets to the royal ballet but Biff isn’t allowed to go. He’s so desperate to see the show that he sneaks after her.

Disaster strikes when the prima ballerina trips and falls – who could possibly take her place and save the show?

This is a great book which shows you should always follow your dreams and be true to yourself, even when others doubt you. 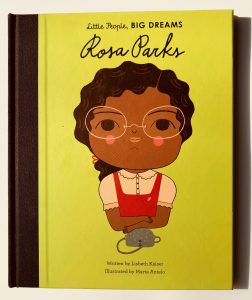 When I spotted the ‘Little People, Big Dreams’ series of books I knew I had to get them for Ivy. I bought 6 of them, each highlighting the life of an inspirational woman from history, with the intention of putting them away until she’s a tiny bit older. However she spotted them and was fascinated straight away. She’s too young to understand the stories and their significance yet but she seems drawn to the beautiful illustrations. Her favourite seems to be this one, which runs through the amazing life of Rosa Parks.

It shows all of the injustices and inequalities she had to deal with as a child and the inspiring way in which she stood up and made a massive difference.I definitely recommend checking it out (along with the rest of the series). 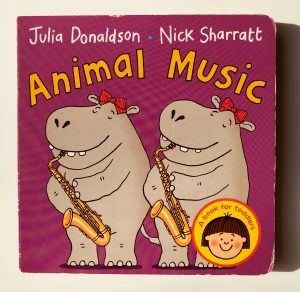 Ivy is partial to a boogie so we are big fans of this musical number by Julia Donaldson and Nick Sharratt.

The raucous rhyme runs through a whole orchestra of animals, each playing a different musical instrument. It’s really fun to read and has also been a great way for Ivy to learn the names of animals that don’t often show up in kids books.

She particularly likes the crooning crayfish and the bison who plays the cello! 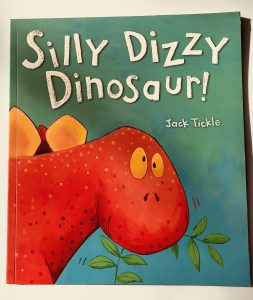 Ivy LOVES Silly Dizzy Dinosaur by Jack Tickle.The story calls for lots of interaction so it’s perfect for burning off some excess energy.

Dizzy is a big,red dinosaur who loves to be tickled but is a tiny bit clumsy.As you move through the book you need to tickle him, talk to him and rotate/shake the book to keep him happy and stop him from hurting himself. However despite your best efforts he bumps his nose and you need to give him a big kiss to make him feel better.

Whenever this book comes out we read it multiple times in a row and there are always fits of giggles (from both of us!)