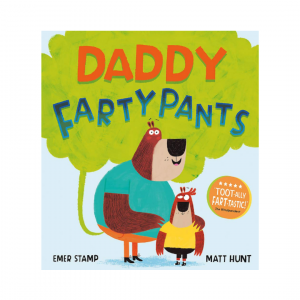 A book about farting bears was always going to be a winner with toddlers, but this story really is great fun and has a lovely little message about telling the truth. We love the illustrations (particularly the long-suffering son’s facial expressions!) and our attempts at making all the farty noises always result in lots of giggling.

Amusingly, the moral has prompted Ivy to start owning up herself. Every little bodily noise she makes currently results in her yelling ‘Farty bum! That was me!’. It’s pretty cute (except when we were getting her feet measured at the local shoe shop!).