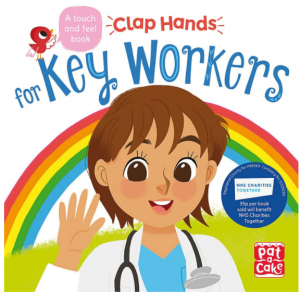 The events of 2020 have definitely highlighted the critical role which keys workers play in our society. This gorgeous little touch-and-feel board book celebrates the part they play in keeping us safe and well.

Each double page spread introduces us to a different key worker and encourages your child to talk about what they are doing. Harriet the doctor is bandaging a child’s leg. Jay the shop worker is working the tills at the supermarket. Ruby the postal worker is delivering parcels. Logan the bus driver is helping people get around the town. Once you’ve talked about the role each worker plays, your child is invited to clap for them and say thank you for their hard work. 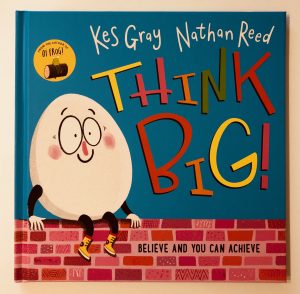 When you think of Humpty Dumpty you can’t help but immediately picture him falling off a wall – but what if he could be so much more than that?

This brightly coloured book starts with Humpty sitting on his famous wall, talking about the future with his friends. One of them asks what he wants to be when he grows up and his response shocks them. He wants to be a boiled egg! Aghast, they suggest that he thinks outside of the box.

Wee Willie Winkie thinks Humpty should be a footballer, Little Bo Peep suggests he becomes a detective, whilst Mary Mary Quite Contrary thinks he would make a great musician. Soon everyone is sharing their career aspirations. Little Miss Muffet dreams of becoming a scientist, Goosey Gander plans to become a builder, and This Little Piggy wants to be a traffic warden! 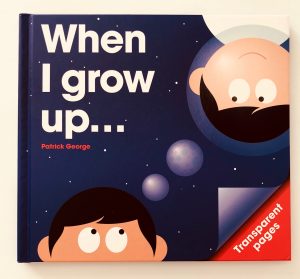 When I Grow Up… by Patrick George is a very visual, interactive book so it’s quite difficult to do it justice with just words!

The book encourages your child to think about what job they might like to do when they are an adult and the fab transparent pages add an extra layer of fun.

First we see a picture of a girl who wants to be a pilot. On the opposite page is an aeroplane with big shiny windows. The windows are printed on a transparent page and when you flip this over they become a pair of an aviator sunglasses on the young girl, instantly transforming her in to a pilot.