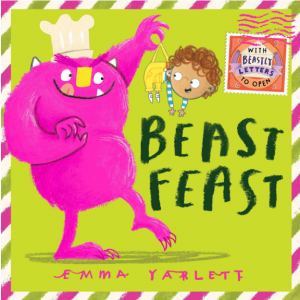 When a bright pink Beast catches a little boy he is very excited about the prospect of eating him all up. He names the boy ‘Dinner’ and sets about inviting all of his friends to a very special feast.

Naturally Dinner is a little worried, but when the RSVPs start to arrive he proves himself to be very smart indeed.

The Beasts friends turn out to be very picky and they have lots of dietary requirements which they want Beast to consider. Sir Gutguzzler can’t eat anything scrawny so he suggests that Beast fatten Dinner up a little bit. Madam Gargoyle requests that Dinner is served extra salty and Giant Grumbo needs Dinner to be slimy! 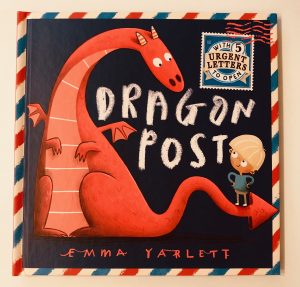 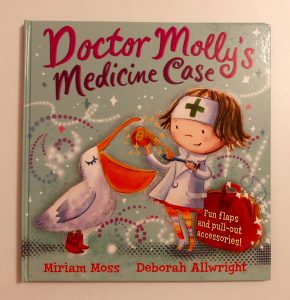 Little Molly loves to dress up and today she has decided to be a doctor. She pops on a white coat and grabs her magical medicine case, which is guaranteed to contain everything she needs to make her patients feel better.

Very soon her little surgery becomes busy. She treats a polar bear with a cold, a crocodile with a broken tail and a pelican who has a sore throat from eating too many bony fish. Each time she opens her bag, the items she needs magically appear – a thermometer and hot water bottle for the bear, some soothing cream and plasters for the croc and some honey and a spoon for the greedy bird.

Soon they all feel better and are off on their way – but Molly is confused when they all come back complaining of rumbling tummies. Can her magical medicine case deliver the goods and help them feel better this time? 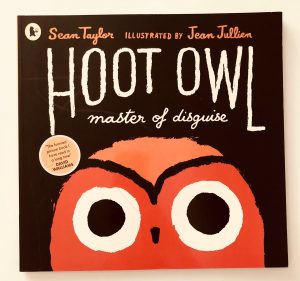 Hoot Owl isn’t just any old owl – he is the master of the disguise. Or at least he thinks he is! Every night he goes out in search of a meal and uses his disguise ‘skills’ to try and capture his prey.

He tries to catch a rabbit by dressing up as a carrot. He tries to fool a lamb in to coming near him by dressing as a mummy sheep. He disguises himself as an ornamental bird bath in order to catch a pigeon. He thinks he’s extremely clever but the fact is his disguises are rubbish! None of the animals are fooled and Hoot ends up with a very rumbly tummy indeed.

His opinion of himself is so high that he cannot understand why his tactics aren’t working. It looks as though poor, delusional Hoot may have to go hungry. But then he spots a steaming hot pizza. Can he put together a disguise which will fool this yummy prey?

Morris the Mole has had a tough day at work and all he wants to do is get home to his family – the problem is he can’t find his glasses anywhere! He burrows in what he believes to be the direction of home but he keeps getting it wrong, again and again and again.

Each time he pops up into a house he shouts ‘Mrs. Mole, I’m Home!’ but it’s never the right house. He visits a burrow full of rabbits, a tree full of owls and a swamp full of crocodiles. He even ends up in Antarctica!

Finally he smells a familiar smell – worm noodles! Surely this must be his house, and where on earth are those glasses?

We love this book by Peter H. Reynolds and i’m not ashamed to say it made me cry the first time we read it!

Vashti is a little girl who thinks she can’t draw. Whilst all of her friends paint and create in art class, she just sits and stares at the plain white paper, defeated. Her teacher challenges her to draw a dot in the middle of the page and then asks her to sign it. She jabs a dot with her pen, signs her name and then skulks out of the classroom.

The next week when she walks in to the art room she sees her dot (and signature!) on the wall, displayed in a lovely shiny frame. Inspired, she sets out to draw a better dot and then a better dot and then an even better dot than that. Soon she’s so good at drawing imaginative, colourful dots that the schools puts them on display at an art show.

Ivy has lived in London her whole life (and I have been here for almost 18 years) but we still love to take a tourist day and explore the city as if it’s all brand new. This Maisy book from Lucy Cousins is perfect for tiny tourists who are planning a trip to the city and it’s guaranteed to get them excited about all the sights they will see.

Maisy and her friends visit London for the day and they tour all of the major attractions including Tower Bridge, Buckingham Palace, Piccadilly Circus, Nelson’s Column and Big Ben. The book provides small facts about each so that little ones know what to expect and it also addresses things which they may find difficult about the city at first – including the noise, the bright  lights and the fact the underground can get pretty crowded.

Ramon loves to draw, and does so whenever he gets the opportunity. However one day his older brother takes a look at one of his pictures and laughs at him. Ramon had been trying to draw a vase of flowers but his brother can’t tell what it is so he scrumples up the paper and throws it away. He tries many more times but can’t seem to get it right so, with his brother’s laughter still ringing in his ears, he decides to give up drawing forever.

His little sister Marisol wants to see what he has been drawing but, presuming that she just wants to laugh to, Ramon gets defensive and shouts at her. She runs away with a drawing in her hand and when he chases her he is surprised to see that she has his vase drawings all over her bedroom walls. She loves the images and this makes him see them in a different light. It is a vase-ISH, and this is what Marisol likes. 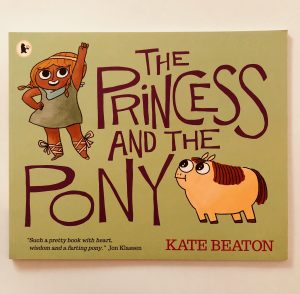 This book has caused a lot of laughs in our house since we first bought it, mainly because it features a farting pony and what toddler wouldn’t find that funny?!

Princess Pinecone lives in a kingdom full of fierce warriors and she wants to be one to, but she has one big problem. She is tiny and adorable, which makes being a warrior a little tough!

For her birthday she requests a big, strong horse to ride in the next great battle, but her parents don’t get it quite right. They buy her a cute, round pony with flatulence issues who eats everything in sight. Dismayed, Princess Pinecone tries to train him up but the poor little pony is hopeless.